I'm visiting author Lyn Cote's blog today, and I'd love for you to come on over, visit and leave your comments there.

To be eligible for the draw for STRANGE FACES, (as mentioned on her blog) sign up here for my newsletter. That draw will take place at the end of November.

And yes, I have two contests running during the month of November for my newsletter subscribers.

And now - I will get back to outlining and getting my thoughts together for the NaNoWriMo. One more week until it begins. 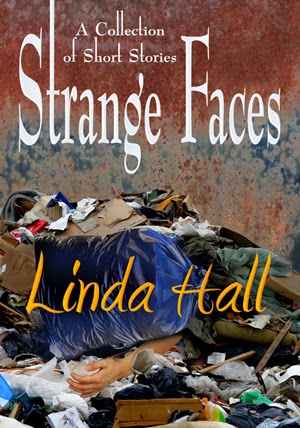 Anyone else joining me?
Posted by Linda Hall at 3:49 AM No comments:

3 Non-Technological Reasons We Get Tripped Up on Technology, a guest post by Donna Fitch

I am so pleased to offer you this guest post today by my friend and technology whiz, Donna Fitch.

I’m in the midst of a 10 Weeks of Technology Blog Tour, writing on a wide range of subjects related to technology. I’m especially focusing on problems people have with technology and suggesting ways to overcome them. I realized just the other day, though, how easy it is to trip over our own human frailties in trying to help others. Do you ever have trouble with these, whether technology-related or not?

Imprecise wording
My friend, whom I’ll call Gwenaëlle*, is putting together a virtual blog tour for her book, and she wanted confirmation that she had it right. She was doing some written blog posts and some audio interviews. She asked, “Do my interviews count in that as well or is that a separate deal? Can we combine them into one to keep it simple?” I responded, in what I thought was a straightforward answer, “I would think if you've already got interviews, use them as blog posts. That would make it much easier.” But Gwenaëlle said, “Okay, I’m confused. When Imelda interviewed me I thought it was for the virtual book tour. Same with my blog for Svea. The interview with Mattie Hunfrid was also about the book... so...?” Her next question showed that I was missing her point. “So it doesn’t matter if it is either a blog or an audio?”

Instead of clarifying by the explanations I used, I made it more confusing for her. It’s easier to see in retrospect, but when we use an informal method (such as Facebook Chat, which was what I used here), it’s easy to just type in the first words that come to mind. The shorthand that works in my head doesn’t work for the person who’s confused. If I’d understood right away that she was confused about using audio files in the same way as a typical written blog post, I could have been more precise in my wording.

Mental blocks
When helping explain something to someone else, whether technology-related or not, I’m prevented from completely understanding because of the way my head is wired. The key to this issue is the phrase, “It never occurred to me that...” If I’m helping my friend Gwenaëlle in the example above, the unspoken phrase is “It never occurred to me that she didn’t know that a blog post could be an audio file as well as a written file.” Because it didn’t even enter my thinking, I phrased my responses in a way that just confused her.

When helping someone with a problem, we would do well to step back and examine our mental blocks, so that the answer becomes about their needs rather than our limitations. What is it that prevents me from seeing why the other person is asking for help? What looks like a big wall may just be a block we can easily shove out of the way to see clearly the other’s needs. Whether a mote or a beam, it’s still an obstruction. This topic goes hand in hand with the next one.

Erroneous assumptions
When I responded to my friend’s question, not only did I have a mental block and phrased my answer imprecisely, I made an erroneous assumption that, because she recorded those interviews, she knew as much as I did on the subject. Giving the other person the benefit of the doubt is important, but when I assume too much, I make the assistance about what’s convenient to me rather than what’s helpful to her.

The bottom line in this somewhat rambling post is aimed squarely at me. I will be much more helpful to someone else if I keep their needs in mind. I must phrase my advice in a way that doesn’t talk down to her, but brings her along to a common point. I need to be aware of the obstacles that prevent me from not seeing her point, and those that distance me from her actual needs.

I hope you’ve found this post helpful. For other stops along my 10-week journey, see my schedule at http://maximum-author-impact.com/10-weeks-of-technology-tour/.

I love the Random Name Generator at http://www.behindthename.com/random/. 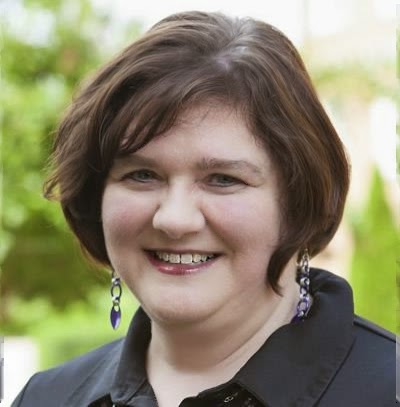 Biography
Donna K. Fitch, Master of Library Science, Master’s Certificate in Web Design and Development, is the founder and CEO of Maximum Author Impact, creating beautiful WordPress websites, training webinars and other resources for indie authors. She is the independent author of Second Death, The Source of Lightning, and The Color of Darkness and Other Stories, and a member of the Alexandria Publishing Group, aimed at raising the level of professionalism among indie authors. In her day job, she is the digital communication specialist in the office of marketing and communication at Samford University in Birmingham, Alabama, USA.

Tidbits, giveaways and a NEW RELEASE

Yesterday, my long-awaited (well, long awaited for me, anyway) mystery Night Watch went live on Amazon as both a Kindle ebook and a trade paperback book.

Night Watch has been a long time coming for me. Poor Em Ridge has been a part of my life for quite a while. Before I wrote six books for Harlequin, I wanted to write a series of mysteries which featured a female boat captain. Back when I was writing Dark Water and Black Ice, she was there. She was in my thoughts during the first Bouchercon mystery conference I ever attended. I had the idea for Em Ridge (a 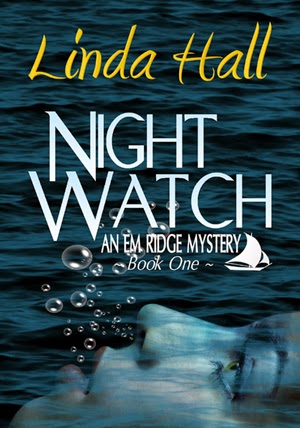 nd her name and her backstory have gone through various permutations through the years) for a long time. She was there in my mind, begging to come out, asking me over and over to tell her story, get it down for you, the readers.

But a whole lot of other things got in the way and it’s only now – now that I’m an author/publisher, that I am releasing her to the world.

Em Ridge is a boat captain. She’s not a huge container ship captain taking goods and containers all over the world, nor does she helm ferries or tugboats (although she could – and maybe in a future book she will.). She’s not in the military or Coast Guard. She’s not a police force boat captain. What she does is deliver boats. She’s someone who gets hired by people to take their boats (usually luxury yachts) from Point A to Point B.

Normally, a fun job. You get to spend time on other people’s fancy boats! But in Em’s life, mystery, murder and mayhem always follow.

Night Watch is the story of her first captaining job after getting her Coast Guard license. Having the billionaire’s daughter go overboard on this first job is not a good sign. The sailboat is new, state of the art, her crew on this trip include two close sail­ing friends. But an unknown fourth, who can’t even tie a bow­line, and the unruly owner’s daughter turn the idyllic trip into an adventure not wanted.

Two years ago Em buried her husband, her soul­mate, her sail­ing buddy, and with him she buried a secret. As hours on the open seas slide by, secrets are res­ur­rected tying Em’s past to a present, awash with mur­der and deception.

In November - during NaNoWriMo I plan to write The Bitter End, Book Two in the series which will have Em wandering around the Bermuda Triangle with a crazy conspiracy theorist on a fast cigarette boat.

Anyone here joining me for crazy NaNoWriMo where you sign up to write a 50,000 word novel in 30 days? Let me know and we can tear our hair out together. Right now I'm in the outlining phase on Scrivener.

In case you want to listen to my voice, which I don't particularly, I was recently interviewed by Selaw Ministries about my spring release Strange Faces. This interview was supposed to occur early in the summer, closer to the May release of that book, but Arthur intervened. That's Hurricane Arthur.

Giveaways? Ah yes, that was in my title wash't it and I made you read all the way to the bottom to get to the 'good stuff'. However, giveaways are only for my Very Special Friends. I don't give away stuff to just anyone. But to join the ranks of the Very Special Friends, all you have to do is sign up for my newsletter here.

Next week there will be a newsletter with details of how you, too, can win a trip to Hawaii.

Well, I'm lying about the Hawaii part, but it could be something you might want to take to Hawaii. So, does that count? 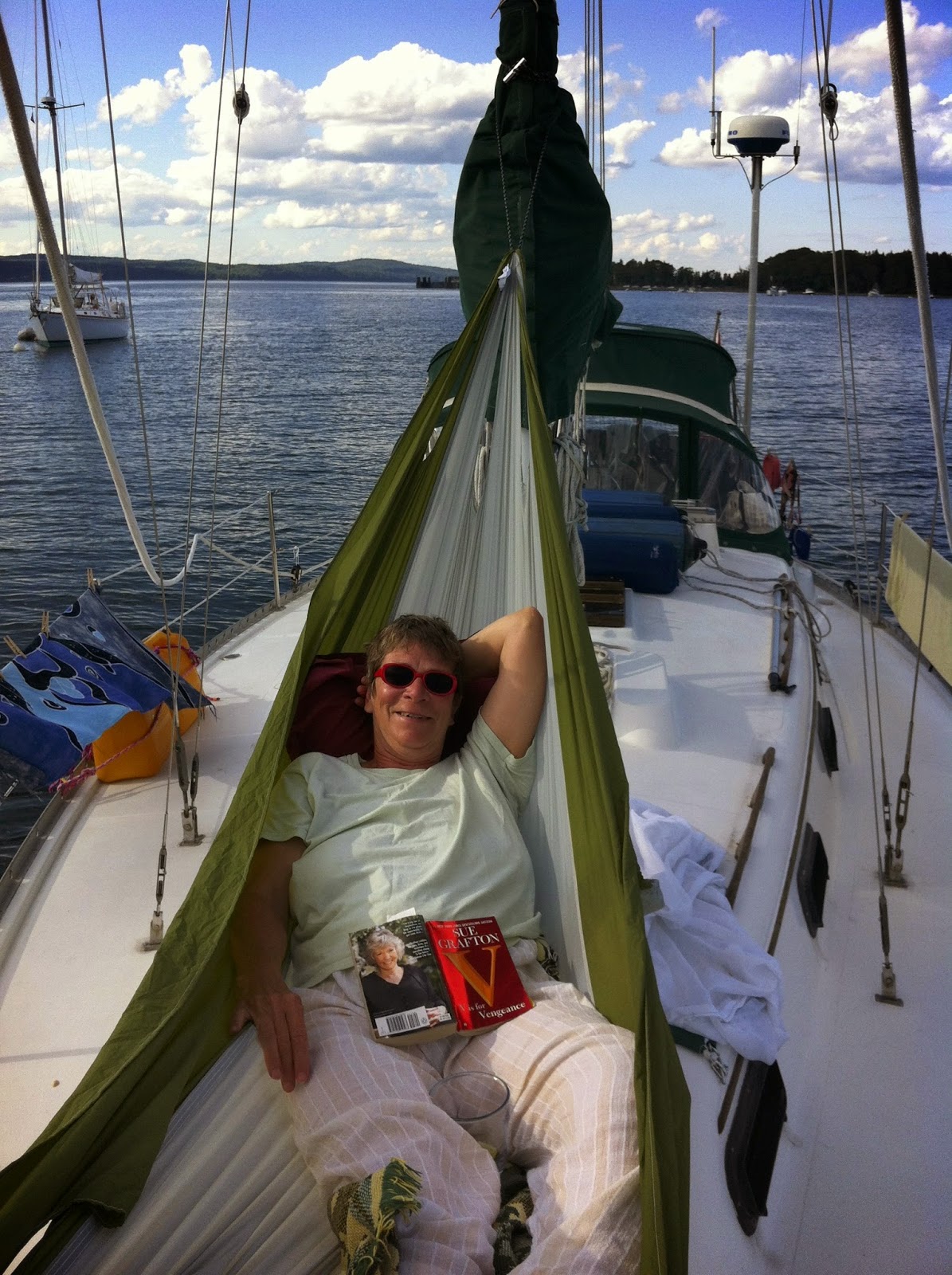 Posted by Linda Hall at 9:52 AM No comments: