A Life on Paper

I have a confession to make. I’m a tough customer when it comes to books. So many “international best sellers” fail to hold my attention after the first chapter, and I end up rolling my eyes, putting the book down, and wondering, "Is it me?" Maybe I'm bored, restless. Maybe I'm just tired. Maybe that's why So and So Bestseller by So and So Bestselling Author failed to engage me.

And then I come across a book that captivates me from beginning to end and I realize - the problem isn't with me, it's with them.

That’s part of the reason I began this blog. I wanted to review and endorse only those books which took hold of me from beginning to end without letting go. (Some weeks I admit I’m scrambling!)

The book I am endorsing this week is one such book. The first page drew me in and I could not stop reading. I couldn't put the thing down. It was propped up in the kitchen while I cooked. It was in my bed with me late into the night and I carried it in my bag with me wherever I went. That book is Before I Go To Sleep by SJ Watson, a thriller about a woman with amnesia. 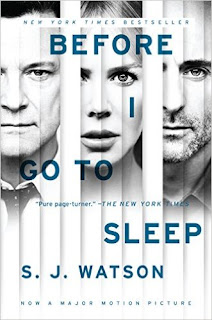 It begins when the main character wakes up one morning. Watson writes:

Yes, I know what you’re saying—books about amnesia are a dime a dozen, and they always begin with someone waking up in an unfamiliar bed with a stranger. It's been the themes in movies, (Remember 50 First Dates?) and a number of novels and memoirs. (I even remember when I was writing for Harlequin that one of their dictates was, “No more amnesia novels.” Apparently they had been done to death. Or, maybe they were just putting people to sleep.)

What makes this one so different? Why didn't I roll my eyes at this one?

First of all, the quality of writing is superb. Here is an example of Watson's prose. It is the early scene where the main character is figuring out that she doesn’t know who she is or where she is:

I step back farther, until I feel cold tiles against my back. It is then I get the glimmer that I associate with memory. As my mind tries to settle on it, it flutters away, like ashes caught in a breeze, and I realize that in my life there is a then, a before, though before what I cannot say, and there is a now, there there is nothing between the two but long, silent emptiness that has led me here.

Also, is the speed at which the story progresses. Little by little, page by page, clues are disseminated in precise doses, and we readers are never quite sure who to trust. And it changes from chapter to chapter. Can we trust her doctor? Her husband? Her friends? The journal itself?

Christine, the main character, the amnesiac, is able to remember only what happens in a single day. As soon as she goes to sleep, her memory is wiped clean. (So, in that way, it is sort of like 50 First Dates!)  With the help of a doctor, Christine writes down her experiences at the end of each day. To discover who she is, she reads and re-reads this growing volume every single morning. I will say no more for fear of spoiling, but we are never quite sure who we can trust.

As I read through the novel, I tried to imagine how it would feel if the only place your memories were stored was on paper. Or on a computer chip somewhere. That still has me pondering.

I think of the late Oliver Sacks, whose work in memory and the mind was ground-breaking (or mind-mending). His book The Man Who Mistook His Wife for a Hat is a memoir about a man who forgets what is told to him only minutes after it is spoken. It, too, is a fascinating read.

I'm not surprised that Before I Go To Sleep has been made into a movie. I definitely plan to watch it. Here’s a link to the trailer. Maybe Harlequin was wrong. Maybe the reason that amnesia novels are so popular is that we simply like them. We like to be cast into some alternate reality sometimes, just to see what it feels like.

Before we go, remember, this blog’s for you, for all you tough customers who find yourself picking and weeding among the rows and rows and of bad 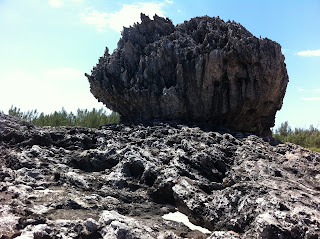 books out there. I understand, and feel your pain. But trust me on this one, you won't be disappointed.

NEXT TIME: My first music review. She’s called a “prairie mystic” and I own most of her albums. Carrie Newcomer’s new album A Permeable Life is worthy of my first music endorsement.

Head to her website and listen or watch the a few of her music videos. You have two weeks.
Posted by Linda Hall at 12:30 AM 6 comments:

For The Beauty of the Earth 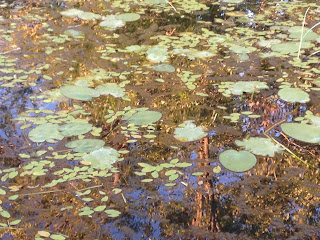 This week I am moving away from books and endorsing Moving Art, a collection of six short nature videos available on Netflix. I admit to being somewhat addicted to nature shows, and Netflix, my favorite video aggregator here in Canada, has plenty of them, but the six Moving Art Videos by videographer Louie Schwartzberg are some of the finest.

These videos are not long, twenty five minutes at most, and there is no narration, only music. Lovely, lovely music. They are simply titled - Underwater, Forests, Flowers, Oceans, Waterfalls and Deserts.

If you are a reader of this blog you will know that I relish first lines. In a book or article it is first sentence which draws me in. The only first “lines” in these videos are short quotations at the beginnings of each. Waterfalls begins thusly:

A strong person and a waterfall channel their own path.

The photos and video in Waterfalls are an exquisite combination of both slow motion and speeded-up camera. Ice falls. Curtains of water. Slow trickles and enormous gushes. It was the first in series I watched and it brought tears to my eyes for the beauty of it.

Oceans, another favorite begins with the Jacques Cousteau quote:

The sea, once it casts its spell holds one in its net of wonder forever. 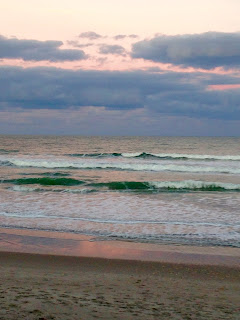 I know this is true.

My mother used to call me a water rat. Water has always fascinated me and I think it’s why I currently write sea adventure mysteries and why 99 % of all my previous novels have had something to do with the sea.

Underwater is stunning in its portrayal of an entire life which goes on beneath its depths. I also love snorkeling, and this one took me back to Caribbean vacations and watching this life unfold.

This is how Forests begins:

The clearest way into the universe is through a forest wilderness.

Which brings this around to God. I will change that slightly and say, The clearest way into God is through a forest wilderness. Agree? I think you might.

Here are the words which open Flowers:

If we could see the miracle of a single flower clearly, our whole life would change.

Flowers allows you to see this miracle. I recommend it. It might even change your life.

This is maybe how we should engage in our own creative acts but often it is not. When we come up with a work of art, our first thoughts are, Can I sell this? Can I make some money off of this? Rather than, here is a piece of beauty for its own sake. Enjoy it.

I’ve just started reading a new book on creativity. Only a chapter into Big Magic by Elizabeth Gilbert, and I already have a story to share. I have just read about a woman who, as a child, loved figure skating. In her teens, though, she was weeded out when it was determined she would never make it to the Olympics. She wasn’t quite good enough, so why continue?

At age forty she has returned to skating. Not to make it to the Olympics, not to somehow monetize it, but just for the sheer joy of it. 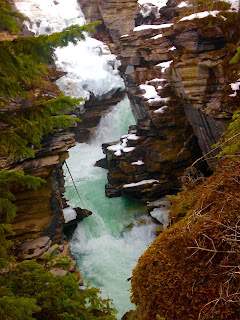 My only complaint and this is a complaint with Netflix and not with the videos, is that the videos don’t automatically go from one to the next, like other seasons and programs in Netflix. At the end of each they stop. I would love for there to be a continual loop. That way I could set them to play and have them run all day.

To close, I present to you a song - For the Beauty of the Earth. I love this arrangement.

Next Time: Time for another thriller endorsement - this time Before I Go To Sleep by SJ Watson.
Posted by Linda Hall at 12:30 AM No comments: