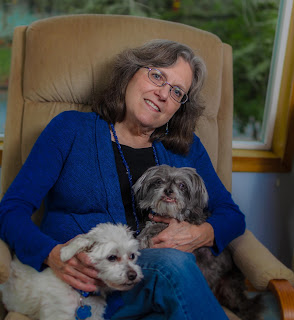 As summer begins to wind down I'm pleased to welcome mystery author Carolyn Rose to my blog.
Welcome Carolyn to my Summer on the Water blog - and your dogs look so lovely there with you!

Tell us about your newest mystery.

The Devil’s Tombstone follows the previously published mysteries Hemlock Lake and Through a Yellow Wood. It’s set in the Catskill Mountains of New York, mountains rich in folklore, legends, and ghost stories. A tale I created for the book involves a rock near the shores of Hemlock Lake. Known as the Devil’s Tombstone, it marks the spot where, two centuries earlier, a man murdered his young wife and then vanished in a storm.

As Dan digs deeper into the past, he suspects his cold cases are linked to a fresh murder. When hard evidence eludes him, he appeals for help from beyond the grave. As he does, he wonders whether ghosts make their presence felt because we believe in them, or because they believe in us.

Tell us how water figures into your story, Carolyn.


There is at least one Hemlock Lake in New York, but “my” lake, set deep in the Catskills, is fictional. (By the way, there is also a rock called Devil’s Tombstone in the Catskills, not far from where I grew up. The rock created for the book, however, is far larger.) I chose the name Hemlock Lake for two reasons. First, I wanted a symbolic link to the story of Socrates who was sentenced to drink poison hemlock for corrupting youth and failing to acknowledge the gods. Second, hemlock trees crowd the slopes of the Catskills. The bark was used for tanning leather by early settlers and the trees create dense shade.Dan Stone faced a dark future when he returned to Hemlock Lake a year after his wife drowned in the lake and his brother committed suicide. And he faced the poisonous attitude of some of the town’s residents because he moved away when he was younger, leading some to claim he thought he was above them.

The lake becomes a character in its own right as the stories unfold. Each book begins in the early spring when Hemlock Lake is cold, dark, and, in The Devil’s Tombstone, choked with ice. The stories progress into summer when the lake is more welcoming. And they conclude in the fall when the water level drops and some of what lies beneath the surface (of the lake and the mystery) is revealed.

Why set a book near water? What significance does water have for you? 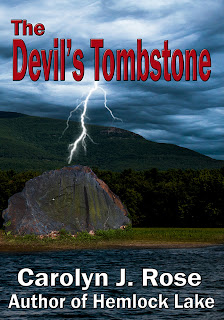 I grew up leaping across a brook on the path that led to the school bus stop, splashing in the Sawkill Creek in the summer, riding my bicycle around Cooper Lake, and fishing at Yankeetown Pond on humid evenings thick with mosquitoes. I loved the gush of snowmelt and heavy spring rains that made the Sawkill run high and fast and red with clay ripped from its banks. I loved that glimpse of water through the trees at the end of a hike. I loved the sound of bullfrogs and peepers and loons.

Tell the readers about your journey as a writer.

In 2010, I took stock of myself as an author and decided it was time to stop asking publishers to like me and go straight to readers. I’d had some experience with e-books because my contract for Hemlock Lake hadn’t included digital rights so I’d put it up in that format on my own. I had no budget for advertising and promotion and none for travel and conferences. My strategy, therefore, was to “open the door” by pricing some of my books at 99 cents and hoping that would attract readers to the rest of them.

The first two years went well. No Substitute for Murder even became a Nook Pick of the Week. But the market has expanded, competition is fierce, and many independent authors I know are feeling a pinch. I haven’t made my books free in the hope of increased sell-through sales. And I haven’t taken advantage of exclusive programs because I have strong Kobo sales in Canada and Australia and don’t want to disappoint potential readers in those countries.

Will I keep on? Sure. There’s nothing I’d rather do than write stories and connect with readers.

I so agree with you Carolyn! What is your best writing advice?

Write the best story you can and think less about making money and more about connecting with readers. Promotion and advertising can move a lot of books, but word of mouth gives a book “legs” and keeps those ripples spreading once you’ve blown your budget

Okay, now to my fun question. If someone asked you to give a TED talk, what would it be about?

Hmmm. I guess my theme would be “it’s almost never too late to dust off that dream and run with it—after making a few modifications.”

I longed to write when I was young, and I did. I wrote anguished journal entries detailing the “crimes” against me by parents, teachers, classmates, and life in general. I read those entries journal now and I squirm. I thought I had “something deep and meaningful to say,” but all I had was a collection of whinings and wishings.

Then, thank goodness, my life expanded. I went to college, joined VISTA, and found my way to a series of TV newsrooms as a writer, a producer, and an assignment editor. I got a lesson in the insignificance of my problems when compared to events around the world. I learned a lot about human nature and the many foibles and flaws that are part of the human condition. I saw the dark side of life. And I experienced many lighter and warmer moments.

Along the way I realized that what I wanted to write wasn’t deep and serious and message-heavy, but rather what I enjoyed reading—mysteries. And so, when I could finally cut back on the hours spent at work, I did. And I wrote. I’ve been a happier person ever since.

Where can readers find you and your books?

Welcome to the first summer blog of September. Yes, summer is indeed winding down and there are just a few more 'episodes' of Summer on the Water until fall arrives. On this blog, I want to introduce you to historical romance author. Louise Gouge.

Tell us about your book, Louise.

Daughter of Destiny takes place in the South Pacific Ocean. This is a very special book to me, and I hope everyone will find my characters and subject matter interesting and entertaining.

My “tagline” for the story is “Rejected by man, accepted by God.” Do you find that intriguing? Let me tell you a little more about it. 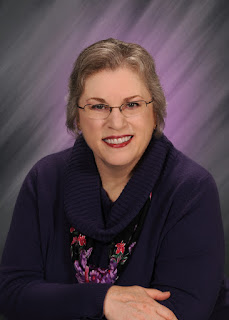 I wrote this story as an “answer” to James A. Michener’s great novel, Hawaii. As much as I enjoyed Michener’s epic tale, I was dismayed by the way he disparaged the brave missionaries who risked their lives—and often lost them—to carry the story of God’s love to the indigenous people of the Sandwich Islands and many other islands of the South Pacific. Because I personally know many missionaries and understand their kind and generous hearts, I wanted to tell a true-to-life story based on the many missionary stories I’ve read and heard. Obviously, since my setting is on an island in the middle of the ocean, and my characters must sail halfway around the world to get there, a water setting was inevitable. With a crazy problem with seasickness, I am definitely not a sailor, but oddly, I like stories set on the water.


In 1822, Jonah Adams plans to be a missionary on the island of Fénua in the South Pacific, but when the woman he loves rejects his proposal, he impulsively asks his mother’s young companion to be his bride. Leah Smith knows she is Jonah’s second choice, but she loves both him and the people of Fénua, the island where she was born to a whaler father and his loving wife who sailed with him. First separated by miscommunication and then by disaster, both Jonah and Leah seek to find God’s will for their lives in fierce, unforgiving worlds

Second choice. These words haunt Leah Smith as she agrees to marry Reverend Jonah Adams, the man she has loved since childhood, the man who first proposed to another woman. Placing God’s will above her own heart’s longing to be loved by Jonah, she accepts his businesslike proposal and sails with him to the distant South Pacific Island of her birth. Rejected. The word buffets Jonah Adams’s mind like the violent wave that surround him. Why has God rejected his well-designed plan of missionary service?

Is your appetite whetted yet? I hope you’ll visit my Amazon page where you can find Daughter of Destiny for sale for on $.99. I chose to self-publish this story because it’s a little difficult to find a publisher for a stand-alone novella. To publish this book, I had a lot of help from many people, including my beautiful granddaughter who posed as my cover model. 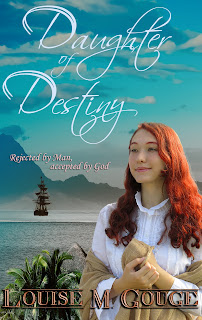