As promised, I plan to review an unputdownable thriller every two weeks this summer, and so I begin with a book that absolutely grabbed me and wouldn’t let me go. The Perfect Girl by Gilly Macmillan is perfect for summer back deck reading.

This novel introduces the reader to the world of precocious musician children. 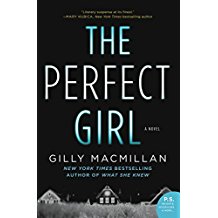 We meet genius IQ Zoe Maisey a seventeen-year-old musical prodigy. Three years prior to the book’s beginning she was involved in a traffic accident in which three friends died. Was she responsible? How? Was she sentenced unfairly? That fact is made known little by little as the book progresses.

When she "did her time" as a juvenile offender, she and her mother Maria moved to a new town with changed names to begin their “Second Chance Life.” Her mother’s new husband Chris whose son Lucas is also a musical prodigy know nothing of her past life. And they won’t, too. Neither she nor Maria plan to tell them. All seems well, except for one thing.

It’s unmistakeable and unique and of course people from her “old life” would recognize it in an instant. Which is exactly what happens.

The book, the entire book, revolves around the incidents which occur in one terrible, awful, heart-rending 24 hour period following a concert where her mother Maria is murdered.

The reader goes from loving Zoe with an intense understanding, to wondering if she is really all that changed. The reader is introduced to all of the members of this family—Maria and Chris, Zoe and Lucas their children, Grace, the new baby, Sam, Zoe’s first solicitor and Maria’s sister Tessa.

It’s hard to review a novel like this without giving spoilers, so none here, but what kept me glued to this book was the way the author goes into the lives of each of the characters in turn revealing new horrors.

There are three things I demand in the thrillers that I read:

1. Being well-written. This one is.

Here is how the book begins:
Before the concert begins, I stand inside the entrain to the church and look down the nave, Shadows lurk in the ceiling vaults even though the light outside hasn’t dimmed yet, and behind me the large wooded doors have been pulled shut.

In front of me, the last few members of the audience have just settled into their places. Almost every seat is filled. The sound of their talk is a medium pitched rumble.

2. Things revealed slowly, but steadily with a “hook” at every chapter end. 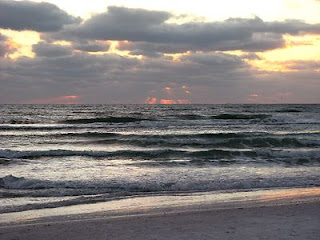 If you're interested in this genre, here's a wonderful article in Writer's Digest.

For the next summer thriller review: Saving Sophie by Sam Carrington
Posted by Linda Hall at 12:30 AM No comments:

Bunches of Thrillers for the Summer!

As the summer begins here in Canada (finally, right?), I’ve decided to devote this blog to recommending thrillers. Whether you’re at the beach, on your back deck, on a boat, or even in a comfy couch in your living room (and it’s raining outside), summer vacation is a time to read.

A few weeks ago I read with interest this article in the New York Times on the best summer thriller reads for 2017. I decided to take a page from their book, and come up with my own list of summer thrillers that you simply MUST read. the same. Here’s the NY Times article, if you want to read some of their recommendations.

My favorite get-comfy-on-the-couch reading is a genre called literary thriller. Although closely related to, it differs somewhat from the genre of “mystery.” Mysteries involve a crime (which often occurs before the book begins), and a crime solver which can be a police officer, private detective or amateur crime solver (librarian, etc.). 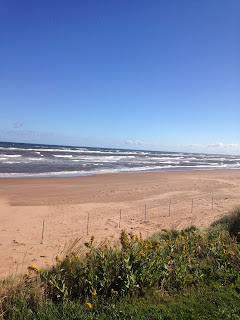 Thrillers are about crime as well, but often the crime hasn’t occurred yet. It is only ominously threatening on the horizon, or overhead, or it's something in the past. There isn’t necessarily a crime solver, just someone (often a woman in the books I’m reading) in danger. And often she, alone, has to figure out what is happening to her or to her family. Others clearly, don’t see the danger.

Although I do have a few true “mysteries” in the following list, (X by Sue Grafton and Breeding Ground by my friend Sally Wright,) most of the following recommendations are in the thriller category.

Whether you read by print, on a Kindle or my favorite—my waterproof and dustproof (read sand) Kobo Aura H20, which is loaded with books to read.

Here are a few wonderful thrillers that I’ve already reviewed here on I Like It that you can add to your beach reading satchel.

Safe with Me by K.L. Slater

Behind Closed Doors by BA Paris

The Lake House by Kate Morton

The Long and Faraway Gone by Lou Berney

Here are a few books I’m currently reading (and yes, ah, I do read more than one book at a time!) and will be reviewing here in the coming weeks:

Breeding Ground by Sally Wright—if you like horses, WW11 and intrigue, you will love this mystery set in 1962 in the southern US

In the Woods by Tana French. A new murder that detective Ryan must solve bears too much resemblance to an older, unsolved crime from his childhood.

In no particular order, here are the books on my Kobo just waiting to be read this summer:

The Perfect Stranger by Megan Miranda - a journalist sets out to find a missing friend, a friend who may never have existed at all.

After the Lie by Kerry Fischer - Your past will devastate your family. But your lies could destroy them.

Woman with a Secret by Sophie Hannah  - She's a wife. She's a mother. She isn't who you think she is.

The River at Night by Erica Ferencik - What starts out as an invigorating hiking and rafting excursion in the remote Allagash Wilderness soon becomes an all-too-real nightmare.

Swimming Lessons by Claire Fuller - Ingrid writes letters to her husband, Gil, about the truth of their marriage, but she never sends them. Instead she hides them within the thousands of books her husband has collected. After she writes her final letter, Ingrid disappears

Somebody I Used to Know by David Bell - a pulse-pounding thriller about a man who is haunted by a face from his past.

Missing, Presumed by Susie Steiner - a page-turning literary mystery that brings to life the complex and wholly relatable Manon Bradshaw, a strong-willed detective assigned to a high-risk missing persons case.

And of course, I would be remiss if I didn't mention my own thriller/mysteries here. Night Watch and The Bitter End are my newest babies.

Well, all of these lists should get you going on some great summer reading! 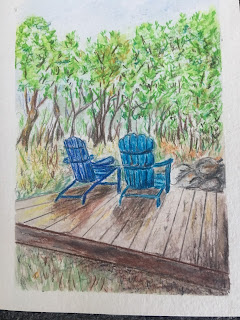 At the end of the NY Times article there is a question- what are your favorite thrillers for the beach?

So, that is my question for you - What are some of your favorite thriller authors and summer reads?

Next Time: It’s more suspense with The Perfect Girl by Gilly Macmillan.
Posted by Linda Hall at 12:30 AM 2 comments:

Today on my blog, I’m recommending The House We Grew Up In, a compelling and wonderful novel by Lisa Jewell

This was a choice for the bookclub I belong to (And may I take a moment out to recommend that you join a bookclub. If you don’t know of any that meet, ask at your public library. They are veritable fonts of information on all things book, and bookclubs. Do it. You’ll thank me later.), and all of us in our small group agreed—this one was a winner. 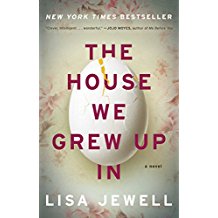 The House We Grew Up In revolves around the lives of Lorelei Bird and her family—her husband Colin and their four children—Megan, Bethan, Rory and Rhys and neighbor Vicki. Lorelei is a hoarder, you know, one of those persons who lets their possessions pile up in boxes around them. It wasn’t always this way with her. At one time she was a a whimsical mother who tacked up all her children’s school papers on the wall. She was the sort of mother any child would want—cooking, baking, having family parties, doing cartwheels in the backyard, and taking care that the annual Easter egg hunts in the backyard went on without a hitch. It is here we get the first inkling of her disorder, when she must save the colorful foils from the chocolates, because they are so pretty.

When one of her her sons dies by suicide, the entire family goes into a downward spiral. Each family member deals with the death in a different way, including his mother who just begins adding and adding and adding to her collections.

As the book plunges toward its horrific ending, we discover why Lorelei turned from being a happy, loving—although eccentric—mother, to one who would not throw anything out, and who would eventually drown and starve in all her stuff.

I know some of you are reality TV fans, and a program like Hoarders is sometimes interesting to watch. What is amazing to me about the few TV hoarding TV shows I’ve watched is the unbelievable link the hoarders feel to their stuff, the weeping when it is suggested that a broken DVD be thrown out. People with hoarding disorders sometimes choose their junk over their families. Their children will walk right out of the door and yet they choose to remain with their boxes.

The disclaimer at the beginning of the particular TV show I've linked to says that “hoarding is a mental disorder marked by an obsessive need to acquire and keep things, even if the items are worthless, hazardous or unsanitary.”

I wasn't sure I wanted to read a book about hoarding, but I found once I picked up this book, I could not put it down. It was one of those books that got propped up on the kitchen counter while I cooked and washed dishes and got carried with me in my purse everywhere I went.

Good writing and a well-put-together sentence is all important to me, and the writing in this book sparkled.

Here's an example. At one point in the book Lorelei says,

Look at that sky, just look at it. The blueness of it. Makes me want to snatch out handfuls of it, and put it in my pockets.

Maybe that is the essence of hoarding—when a person loses the ability to simply sit and admire things, but instead needs to own them, and store them within your own walls and keeping.

Here’s another description on hoarding from the novel:

Everything was halfway to being where it needed to be, everything was a work in progress, with no systems, no logic, no sense of organizations about any of it.

And, here is how her neighbor Wendy describes Lorelei to her granddaughter:

You see, your nana is a very special lady—she is really quite magical you know—and when she looks at the world she sees it in a very special way, like it’s a party bag or a toy shop, and she likes to keep bits of it. And she feels sad when she throws things away.

Even if those hoarding TV shows don’t appeal to you, (they don’t to me, especially) I think you will enjoy this book. 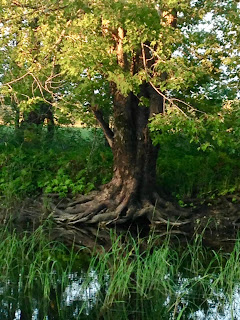 I will be reading more of Lisa Jewell, and in fact, have another of her books I Found You just downloaded onto my Kobo.

Next Time: It’s more suspense with The Perfect Girl by Gilly Macmillan.
Posted by Linda Hall at 1:00 AM 2 comments: