To my gay friends and to Anne Rice, I am sorry 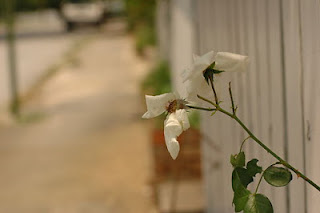 You have probably seen the attached series of photos and story - 21 Pictures that will Restore your Faith in Humanity. It was viral a few months ago.
When I clicked on it I was moved, just about to tears. However, I never got past the first set of pictures. I still haven’t. I keep looking at them. I keep thinking about them. And I knew I had to write about it here.
It was my church which has fostered so much of this murderous homophobia. In the past I have heard it preached from the pulpit even, couched in terms such as ‘Love the sinner, hate the sin’ - which is a phrase I despise with everything in me. I am embarrassed and sickened by that sentence.
More than a dozen years ago, vampire novelist Anne Rice became a Christian after becoming very ill. A couple of years ago she renounced that faith. She wrote on her Facebook page:
“In the name of Christ, I refuse to be anti-gay. I refuse to be anti-feminist. I refuse to be anti-artificial birth control. I refuse to be anti-Democrat. I refuse to be anti-secular humanism. I refuse to be anti-science. I refuse to be anti-life. In the name of Christ, I quit Christianity and being Christian. Amen.”
This has been a struggle for Anne. This has been a struggle for me. I wish Anne knew that you can refuse to be anti-gay, anti-femininst, anti-birthcontrol, anti-Democrat, anti-secular humanist, anti-science and still be a Christian. There are Christians who don’t hate gays. I have chosen to remain a Christian and I am not anti-gay, anti-femininst, anti-birthcontrol, anti-Democrat, anti-secular humanist, and anti-science.
The church has been wrong about so many things. Does anyone remember back to when African Americans were not even allowed inside many churches? I was a child in the 1950s and I do. Church leaders pointed to obscure and out-of-context Bible verses to prove their point.


And now we know how wrong we were. So now I am daring to ask, could we be wrong about this? 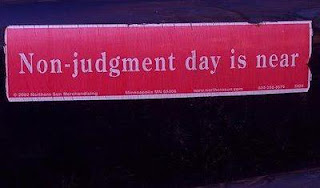