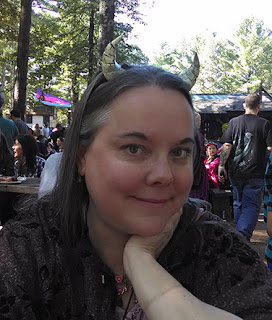 This morning I welcome historical novelist Christine Frost to my Summer on the Water blog. Water Blog. Christine has written a fascinating novel based on the life of an Irish "pirate queen' Grace O'Malley. This well-known historical figure is really brought to life in Dark Lady of Doona. But let's hear it in Christine's own words, and my interview with her:

Dark Lady of Doona follows the life of Grania O’Malley (known as Grace or Granualie to some)—the infamous Irish pirate queen of the mid-16th century. She led her own fleet, and was involved in many intense moments in Irish history in terms of trying to maintain freedom as the English encroached on Irish land. Though the men of her time are more likely to be mentioned in the history books, Grania was immensely influential at this time. She even met with Queen Elizabeth I to discuss the release of her son, who had been taken captive by an English governor known to be particularly cruel to the Irish. Through that meeting, she was able to secure her life at sea as well. Though I go to great pains to portray history as accurately as I can, I do take some liberties in this novel, setting up a scenario that some have speculated on, that Grania served as a spy.

Since this is the ‘Summer on the Water blog’, I want to know why you chose the theme of water for your story? What body of water you set your story near? Is this a real lake/ocean/river, or is it fictitious? 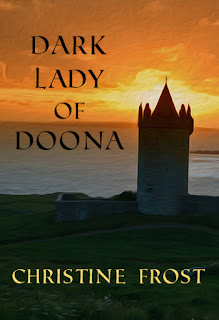 The novel is set on Ireland’s west coast, where Grania was born and raised, and she knew Clew Bay better than most sailors. Knowing the seas so well was her heritage. When she was a child, she wanted to be with her father, who commanded a fleet of his own ships. She was incredibly persistent, and finally became his apprentice. At one point, I read that they referred to the experts of seafaring as a “prophet of the sea.” Being able to predict the weather, navigation, and so on were essential to survival—regardless of dealing with bad weather or enemy ships—the best captains could detect the subtleties of the sea’s mood, so to speak. Though I never had a chance to go to Ireland to research the story while I was working on it, I studied it intensely. Grania’s so attuned to Clew Bay, she can be entranced for hours by it—recalling ancient myths, such as the god of the sea, Manannan, who stomped around on an island during storms. I loved being able to make the connections between Celtic myth and the very essence of the sea that inspired her.

Does this body of water, have any special meaning for you personally? What is it?

Quite a few members of my family came from Ireland, and they have also felt a strong connection to the sea. When they came to the US, they settled along the East Coast, from Eastport, Maine, to Boston, and many of them loved boating. When I was growing up, I spent a lot of time on the water with my grandfather and mother, who shared a sailboat. So when I began researching Grania’s life, it was easy for me to imagine her staring out at the water, watching and waiting…and yearning for a very independent life.

Why are you choosing to self-publish? How is the process going for you? Do you plan to continue as an Indie author? What is one piece of advice would you give to authors who are thinking of self-publishing for the first time?

Having worked in the book industry for many years, it was an easy decision to self-publish. I saw the whole game change over the course of a few short years, and since I had the tools and skills to do it on my own, I embraced it. I greatly appreciate being able to build my own team of editors, artists, and network in a way that makes me feel good about marketing my books. I’m the kind of person who will spend years researching historical figures to be as accurate as possible, and I want that same level of precision in all other aspects of the publishing process—for me, the creative and the business aspect are intertwined. My best advice to others looking into self-publishing is to take your time—a professional presentation is equally important as the words that flow from the creative spirit!

Okay - now to the fun question - you are asked to give a Ted Talk. What will it be about?

I think the theme would be The Strong Female Character in History. No matter which culture or era I’ve studied, there have been countless extraordinary women who have been mere footnotes in texts. Sure, we all know Elizabeth I and Cleopatra, but I prefer to give a voice to the underdogs, outcasts, and rebels who shaped history in their own unique way—and my talk would focus on the aspects that connect all of the women I’ve chosen to research and write about. Dark Lady of Doona is my second novel about an amazing woman in history, and I have many more to write. :-)

Thank you Christine. I'm sure we can look forward to many more strong women stories! Thank you for your time. Where can readers find you?