As we head into the heady, hot days of summer, I welcome British historical novelist Anne Allen to my Summer on the Water blog. Welcome Anne! Tell us what your brand new novel is about.

My latest book, The Family Divided, is the fourth in The Guernsey Novels series and focuses on the Batiste family in Guernsey. During the German Occupation the then heir to the family farm, Edmund, was denounced as a traitor by, amongst others, his younger brother, shortly before being murdered. His killer was never found and his young widow, after being ostracised by both the family and neighbours, fled to relatives in France after the end of the war, weeks later. It was only then she realised she was pregnant and gave birth to Jim later in 1945. More than 60 years later Andy, Jim's son, sets out to discover why his father was denied his rightful inheritance when he moved to Guernsey in the 60s, not even being acknowledged as a member of the by now wealthy Batiste family.

Andy is joined in his search for the truth by Charlotte, who is staying at an upmarket natural health centre and looking for answers to her own problems. 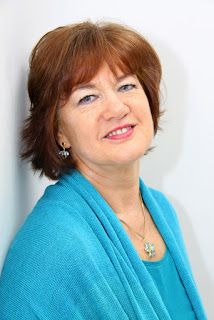 Since this is a 'Summer on the Water blog', I want to know why did you choose the theme of water for your story? What body of water you set your story near?

I lived in Guernsey for nearly fourteen happy years and left part of my soul behind, as well as my elder son! A few years after returning, reluctantly, to England, I decided to try my hand at writing a novel. The natural setting for me was Guernsey and my first book, Dangerous Waters, was written as my homage to this beautiful island in the English Channel. It, and the other Channel Islands are only about twelve miles from France, resulting in a significant French influence, but they are actually British.

Does the sea have any special meaning for you personally? What is it?

Yes. I was born in the middle of England, as far from the sea as you could get, but my father came from the Welsh island of Anglesey and I spent many holidays there as a child. I fell in love with the sea and have been drawn to live by it ever since. At one time I even had a house, set on the Firth of Forth in Scotland, which led onto a beach. At present I live in Devon and a matter of minutes away from the sea, again the English Channel.
I see that you are self-publishing The Family Divided. Why are you going this route? Do you plan to continue as an Indie author? What is one piece of advice you would give to authors who are thinking of self-publishing for the first time?

My initial idea when I wrote Dangerous Waters was to become traditionally published and approached agents with my manuscript. Some were encouraging but most sent the standard rejection letter. This was about nine years ago and self-publishing was not as it is now. Then, in 2012, it became more respectable and worthwhile and I used a service provider to publish my book. I was completely naïve as to the process, particularly with regard to promotion and marketing, and it's been a steep learning curve. I published my second book, Finding Mother, and subsequent books, under my own imprint and am beginning to see the results of all my hard work. It's unlikely I'll stop being an Indie as I love being in control of what happens to my books. For new authors I would say that the writing is the easy part and it's important to spend a chunk of your time building up good relationships with bloggers, reviewers and fellow authors if you want to succeed as an indie author.

Now to my fun question of the season. You are asked to give a TED talk. What will it be about?

Ahh! Interesting question. I think it would focus on the many roles that women today feel the need to undertake in order to be 'successful'. It's no longer enough to focus on being a wife and mother: we need to find the path that offers us fulfilment as a unique individual – and as a woman in what is still a man's world.


Thanks Anne! One last question. Where can readers find you and your books? 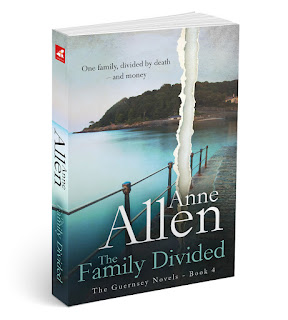 The Family Divided on Amazon International link
Posted by Linda Hall at 12:30 AM