Summer on the Water, Will Overby - Season 2, Episode 16

Today, in these Dog Days of Summer, I welcome thriller author Will Overby who has a very special guest post. Not only does  he tell us all about his new book, Moon Shadow, he also tells us all about his adventures in Indie publishing. Thanks Will, for joining us today.

My horror novel Moon Shadow follows three high school friends who accidentally kill a drunk man during Christmas break and proceed to hide the crime. The victim returns once each decade on the anniversary of the murder for supernatural vengeance against each of the conspirators until only one remains. Moon Shadow is set in the fictional resort village of Harper’s Lake during the winter off-season. Although the setting is imaginary, I based it on the real area of Harveys Lake, Pennsylvania. I visited the resort during my senior year of high school in late 1983 and was immediately struck by the eeriness of the lake and surrounding town without the summer bustle of tourists. I could only imagine how the sense of isolation would grow during the snows of winter, but I knew I had to write about it and began the story immediately when I returned home to Kentucky. Thirty years later I dusted off the novel and proceeded to rewrite it, this time from a more mature point of view and with the added asset of three decades of history to enhance the story.

I admit to having a bit of a water phobia, and lakes, rivers and oceans have always felt ominous to me, so as a horror writer they have often made the best settings for my stories. One thing I have definitely observed is the way the mood of a place can change with the seasons, or even the time of day, and I’ve tried to use that to my advantage in the settings of my fiction. The fictional Harper’s Lake has made appearances in several subsequent novels, and I expect it to be a staple of my literary landscape as all of my work is interconnected.

I began self-publishing for Kindle back in 2008 while still trying to land an agent for my children’s book series, Brock Ford Adventures. After several nibbles but no bites I decided to completely chuck the traditional route in 2012 and go all in on indie publishing. I haven’t looked back. Indie publishing has given me complete control of the finished product and allowed me to make my own marketing and artistic decisions. Plus, I don’t have to share any of my hard-earned money with agents or publishers. If you are thinking of taking the plunge into self-publishing, be sure to learn all you can about the process. There are many blogs and websites to guide you, but take them all with a grain of salt. No one source has all the answers, and there is no one-size-fits-all solution for every writer. Arm yourself with knowledge and become educated on copyright, printing, distribution, taxes, and accounting. It can sound like a daunting task, but the rewards are well worth the effort. In the end, however, you are the only person who can make the decision on whether to go indie or pursue the traditional route.

Finally, if I were asked to give a TED talk, it would have to be on independent publishing – both its rewards and disadvantages. After seven years I’ve become well-versed on the various aspects of the journey, and I enjoy passing along to others the knowledge I’ve gained through the process. It’s been a wild ride.

This is fascinating, Will. How can readers find you?

And one more question, where can readers purchase a copy of Moon Shadow? 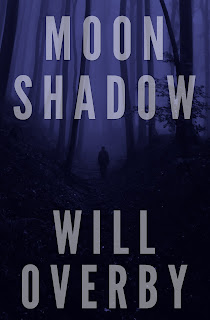