With this blog, the Summer Short Story Spectacular ends. Season 1 has come to a close. Tuesday marks the Fall Equinox, a beautiful time of colorful trees here in the east. It has been a joy and fun for me to meet so many short story writers and share their stories here. I hope you have enjoyed this summer with me.


Next summer? Yes, there will be a Season 2. For spring and summer 2015 I plan to interview fiction writers who write about the sea, or sailing, or set their stories on water. Lakes, brooks, creeks, the ocean—doesn't matter.

Why am I doing that? To commemorate the birth of my new mystery series. Shhh. Keep tuned to this blog for more. Starting next week my blog will once again go into writing about My Indie Journey.

For my final spectacular short story author, I am pleased to introduce you to Ben Solomon.
Ben grew up with Picasso, Cagney and Beethoven. Classical arts training, comic books and Hollywood's golden age rounded out his education and provided inspiration for a lifetime. He's worked across many disciplines, attempting to capture the heart and soul of music onto canvas, translate oils and celluloid into words. 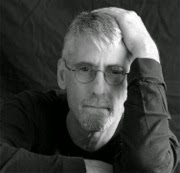 Solomon's passion for the tough guy world of early gangster and PI flicks led to the creation of "The Hard-Boiled Detective," a short story series starring a nameless gumshoe in a throwback era seeking truth, justice, and sometimes a living. He launched the ongoing series online in February 2013, offering three yarns a month to subscribers. His sleuth has appeared in e-zines across the web as well as the 2014 anthology "The Shamus Sampler II." Another adventure is scheduled to appear in an upcoming anthology published by Fox Spirit Books.

What is your all-time favorite short story and why?

I'll pitch you the one that always comes to mind: "Red Wind" by Raymond Chandler. One of the best opening paragraphs I've ever read. An opening I'm sure even Elmore Leonard found a worthy exception to his "Ten Rules of Writing." In five short sentences Chandler creates the yarn's universe, its laws of nature, its tone and sense, its voice. Simply masterful.

What is the most difficult part of writing short fiction?

The voice trips me up a lot. Most of my work's written in first person, and that makes the narrator's perspective and attitude crucial. The voice makes it play, sing. Gives it heart and soul.

Write your ass off and make it your own. 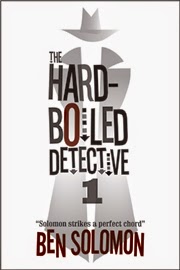 What a swell opportunity for a plug. The Hard-Boiled Detective 1 just came out in paperback and soon hits the e-shelves. This volume is a collection of the first 11 adventures from the monthly series I began in February 2013. I've been writing three stories a month for this subscription series. With 57 tales and counting, I figured it was high time for the first book. So sure, start out with the daddy of 'em all, "Statement No. 1: Pierre-Louis Leblanc." Each yarn is a stand-alone, but there is a progression to the writing and characters without getting into subplots and backstories.

Where can writers find you, Ben?