My next guest, on the Summer Short Story Spectacular is a woman that I consider a friend even though we have never met in person. She was a Beta reader for my own collection, Strange Faces, and was able to offer me many interesting insights on character and placement of stories. I am so pleased to present to you today a writer of wonderful short fiction -  Donna Fitch. I, for one, am so glad I found this lady. Her stories are wonderful and so elegantly-written they could  be used to teach MFA students. 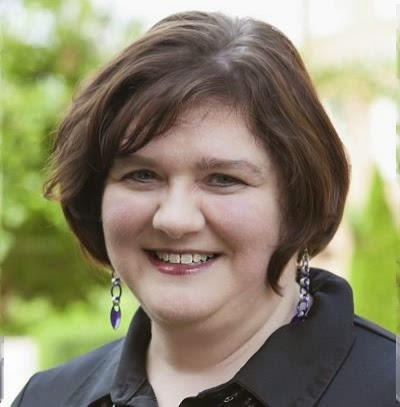 Donna K. Fitch was born in Huntsville, Alabama, the "Rocket City," and grew up to the sound of rocket testing at Redstone Arsenal. Her high school was named for Virgil I. "Gus" Grissom, the astronaut who died in Apollo 1. Tales of Sally Carter’s ghost and the "old Grizzard Mansion" near her home mixed with an early diet of Dr. Seuss, the reference section of the Oak Park Public Library, 1930s mystery stories and the Gothic novels of Victoria Holt. She started writing novels at age 13. Her influences also include Ambrose Bierce, Edgar Allan Poe, H.P. Lovecraft and Tim Powers. Her love of research led her to an MLS, and her fascination with the internet led her to switch careers from academic librarian to web designer. For fun, she plays roleplaying games and researches women’s history in old newspapers online. Her latest venture is a series of webinar courses aimed at helping authors maximize their marketing dollars.

Donna, I have to admit to being completely blown away by your short story, The Color of Darkness. It was so exquisitely written, and yet with this edge of terror that mesmerized me.  You must have been influenced by some good writers. Let me ask you, what is your all time favorite short story and why?

I think it would be A Good Man is Hard to Find, by Flannery O’Connor, although I’m a big fan of anything by Ambrose Bierce. Both were early inspirations in my own writing career in engendering a sense of dread and impending doom. Edgar Allan Poe is a favorite of mine as well, as is H. P. Lovecraft. O’Connor’s story is brimming over with that calmly terrifying genteel decadence that I appreciate as a Southerner. The story of a family’s road-trip run-in with a serial killer is agonizing to me. The dialog is deliciously painful, and with each re-read, I feel more of the dread at what’s coming next, even though I know what will happen. O’Connor’s descriptions are spare, but right on target. My very favorite line comes at the end: “’She would have been a good woman,” The Misfit said, “if it had been somebody there to shoot her every minute of her life.’”

What is the most difficult part of writing short fiction for you, Donna?

The whole thing. I have a much easier time writing a novel than short fiction. When I do write a short story, the idea comes to me in a burst, and I have to get as much of it down as I can in one sitting. I go back and edit, of course, I try not to overwork it or over-think it. The essence of short fiction is to pare the story down to its essentials. Short stories feel like sculptures to me. Michelangelo said he carved away the marble to reveal the figure within, and that’s how I feel about writing a short story. So much has to be whittled away from a short story to make it slim and elegant and cohesive, with every word contributing to the effect of the whole.

What advice would you give to a prospective short story writer?

Read widely. Read Poe, definitely, the father of the short story. Pick up a college freshman English anthology. That’s where I read a broad range of short stories, with themes I never would have read before, as I mostly stuck with science fiction short stories in high school. Study how the great short story writers managed to delineate their themes in just a few strokes.

My favorite is the last one I wrote, Red Guitar. It was the first time I ever wrote something really close to my emotions. The story is about my father, who died on Christmas Day many years ago now, and a photo of him with a Christmas present he cherished. Although like everything I write, it has a supernatural twist. It made my mom cry, so I guess I did something right.


Where can readers find you, Donna?

The Color of Darkness and Other Stories: